Fun facts: About your character!

Axius where I am
April 2020 edited April 2020 in Echo Canyon
Are there some fun facts about your characters that maybe people might not know from your description, but if they had a chance, they might learn through either RP? Or maybe you kinda wish they fit into your description organically without breaking immersion, because it'd be kinda cool to see people actually roleplay with these traits?

Share 'em here! Just be aware in offering this info, you may be offering implicit permission for people to come around and use some of these facts to interact with you. I'll start with neat facts about Axius, just be aware that I'll note the circumstances required for someone to actually -notice- the details in question, and why they're not explicitly available via description.

Axius' male form (Guyaxi) has color-changing eyes. They're related to his emotional state at the moment, and only really shift into colors when his emotional state is pushing to the surface and expressing itself intently. It's intended to replace eye-focused facial expressions in his RP, but he's only expressed a few different shades because he's always been the type to bury his emotions, and when he's bringing them up, it's usually in response to some sort of religion-type RP so that's the shades they've taken up. Sometimes I'll reference it in a particularly interesting discussion on religion between Axius and someone asking questions. But his eyes often shift from purple to bright -bright- red when discussing Iosyne. He's also had tints of Jade in situations that he's expressing a bit of his history with Chakrasul, though it's never blatant and out in public that he lets that side have a handle. It's even gone yellow once, and then shifted to Orange. Malice and Passion and Pain mix together interestingly, no? hehe.

Axius has 2 tail-related relics that I RP with. they are the Scorpion Tail and the Prehensile Tail relics, and they are shaped into very -very- small bands tucked into the base of the bladed tip of his tail, with the scorpion tail pressed against the blade to exude the venoms over the bladed tip. And the RP is that because he was not someone -with- a tail before he ascended, he needed some sort of guidance to help him grasp using it, and the scorpion tail relic was a gift that came paired with the prehensile relic, giving him access to a method by which he uses his bladed tip to put out venoms, with fun RP implications of the amount of time he's spent with it, learning to use the framework. The reason why they're not in his description is because unless you're actually handling his tail, you're not going to notice the very small bands.

For Femaxi, there's no bands, they're actually very small scales blended into the -very- fine scales of her tail, she lacks a bladed tip, so the venoms secrete through her slime around the tip of her tail, and need an alternative delivery. And yes. Femaxi's got -very- fine scales. Look at a newt or a gecko. They technically have scales, but they're so small and fine, it looks like smooth skin. Most would never know unless they explicitly are close enough to her that they're physically touching her and noting the -texture- of her scales first, because they HAVE a distinct texture that is concealed visually by a layer of her slime, and the relic scales are tucked into her hide in such a way that they can't be easily identified under her slime in the location they are hidden.

Edit: Adding another fact I -want- people aware of 'cause it's in my desc.. but unless I've got perfume/cologne, most don't notice it.

Axius' slime is actually not normal Nazetu-stink slime. Depending on their biological sex at the moment, it's a different flavor/scent.

Female Axius: Berries, fruits, apples and other sweet things both in scent and flavor.

And yes, Axi's slime -is- completely edible. It's made for some interesting RP with the few people who've paid attention and gone "...oooh." and done stuff like taste it. Because it's normally a consistency similar to jelly if you scoop it onto your finger, but less sticky and more... gloopy? I guess? Either way, lol. 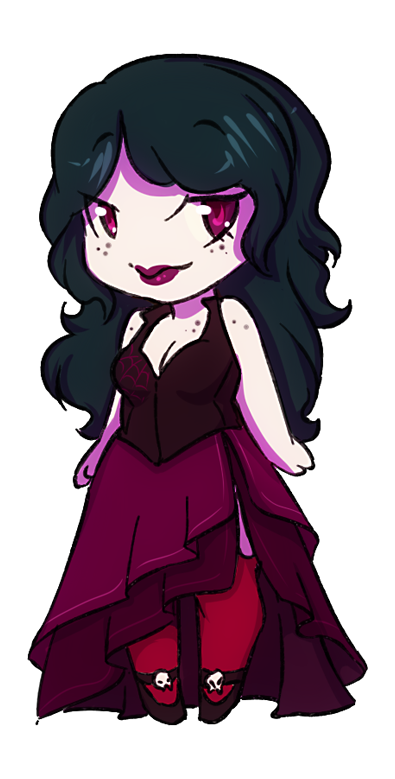