Tiur ProducerMember, Administrator, Immortal Posts: 884 admin
May 2017 in Aetolia Development
Vampires are a tagline for Aetolia. Some of our ads literally say "A Vampire themed MUD". You and I know that isn't very accurate but reputation is a difficult thing. As I see it, we cannot have that main tag be confusing or stagnant. Due to different views on bloodlines, generations, and houses, there is little to no comparable unity between how a vampire is played. And to state a fact, the vampire newbie experience needs to be standardized with the others. No newbie needs to quit this MUD because they could not find what they were looking for. And on the other hand, no player should be forced to go and sire a newbie so they can have the vampire experience.

We are looking at new bloodline and generational systems which limit a sire to a set number of childer, but allows vampires to fluidly swap out those to whom their loyalties lie—both as to their sire and their childer—as roleplay or other considerations dictate. It’s meant to encourage a far more meritocratic system than the current stagnancy. Instead of a vampire being locked into a generation upon being embraced, any vampire may rise (or fall) in bloodrank by convincing a higher-level sire to re-embrace them and any sire may release their childer if expectations are not met. The idea is to encourage consistent roleplay much in the same way that cities, guilds, and houses not only assign council-like positions to those who are most willing to work for it but also remove responsibility if another is better suited.

Roleplay wise, it allows sires the ability to request assistance from their childer implicitly backed with the threat of potential release if their directives are not followed. It gives childer a reason to listen to their sires because their link to bloodrank and peerage is directly tied to appeasing the one above them.

However, this also provides a level of choice for childer that they have never had before. If a sire becomes too demanding, the childe may simply find another willing to sire them. Also, if a childe shows that they are useful, able to roleplay, or are a valuable asset, they can simply leapfrog their current sire if a higher-ranking sire has an opening and sees the vampire as valuable.

Combined, this creates a system where there should be a more intimate connection between sires and childer lest the bond be broken. It also creates a system where intrigue, drama, and roleplay are a method through which a character can gain power within the system—ultimately, this leads to mechanical rewards for roleplay.

The goal is to combine the Consanguine into a more populous group through the Dominion (and lessen the influence of the houses). The Consanguine cease being a subdivided group of a subset of a subset and become a unified entity, while still retaining the backstabbing and intrigue we know and love.

This was the starting place for the design of a new vampire system; a rationale for changing and direction of change. I feel like keeping up the transparency and seeing how you all feel about it. Please note I didn't actually include any mechanics here! We're not debating the how, just the why and what. And I have chatted with a number of players, which led to a few modifications of the above (example, we're retaining a way to keep track of who your original embracer was).

This also explicitly does not mention Abhorash. I wouldn't mind your opinions on that topic, I'm just not going to get into mechanics and ranks yet. So tell me if you love the Admin micromanagement, or hate that we admin never have the time to run him.

I'm actually in the middle of making this a reality. I won't give an ETA because, and I'll be honest here, this level of project is at the edge of my ability in Rapture. I'm pressed to meet our internal deadline, and by opening this up to comments, I'm risking that deadline. Completing this will enable me to judge my own familiarity/skill and actually add timelines to things in the future. 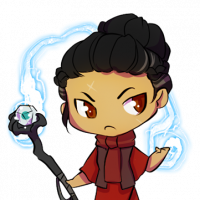