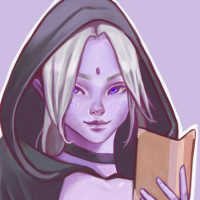 Lenoriel Member Posts: 19 ✭
September 14 edited September 14 in Idea Box
I know, I know. The Syssin are everyone's favorite guild to hate. Let's talk about why that is.

Espionage is a time-honored tradition throughout the ages, with an incredibly valuable and valid purpose: they who know, can make preparations. Those preparations, of course, come as nasty surprises to those who come against them.

The Syssin are spies. Yes, they are also watchdogs against Ohlsana, but they are indisputably designed mechanically and in lore to be covert operators at their core. And that- RP and gameplay alike- is utterly hamstrung by things like APIs. With systems automated to spit out someone's guild, even the youngest Syssin with zero reason to be known as such is treated with suspicion and avoidance.

I've run into it overtly- people greeting me as a Syssin when I'm in Archivist, a shimmering orb, no indications of guild or class- and less overtly. When you know someone is a spy, you're going to be far, far more closelipped as a player because you don't want your character to be the one who gave something away.. even if your character has absolutely no reason for that suspicion.

To make matters worse, our espionage abilities have been nerfed into the ground by unblockable and prolific defenses against phase and eavesdropping. When an entire guild's RP and gameplay abilities can be utterly derailed by a novice quick-wielding an eye sigil or one single person in a city with a bracer, there's a problem.

I know this is going to be unpopular. No one likes being spied on.

But let's be realistic.. with the ability to inline a command to run into the room, quickwield and throw an eye, and begin attacking while they're off balance? There's *nothing out there that can stop it from happening, and that's just plain unrealistic*. These are highly trained, Severn-shaped operators, and they should be able to see someone pulling an eye from their belt and evade away with the same speed that someone can inline doing so.

Since eye sigils, inline commands, bracers, and APIs aren't going anywhere, let's talk about ways we can make Syssin RP more robust for both the guild and individual Syssin as a whole.

Some suggestions to discuss:


1) Let's get this one out of the way, since it's the one that's going to piss people off the most. Sanctioned Syssin should have a way to avoid being pulled from phase. Phase Anchor. Give it a painfully high drain like Phaseveil to will/endurance and mana, so that it's impossible to have it up as a standard defense. But a skilled operator will be able to assess the riskiest moments if they are staying properly alert, and put it up for short periods.

2) Slightly less controversial, but.. historically, espionage has collected as much or more information from newspapers than from individual conversations. Make a newsroom in each city that gives anyone standing in it permission to see the city's public posts.. even make it so you need to be unphased to NSTAT them. But make them accessible. And this can be harnessed by -anyone-, not just Syssin.

3) Make something like nacreous windchimes a researchable ylem upgrade- that the city entrances will have a phase chime. It wouldn't give information on who it was, and someone would still need to be there to see it, but it's a realistic extra layer of defense that will force Syssin spies to be more cautious (which they should be) and give cities an additional resource.

4) Make a skill that cloaks you from bracer detection while in phase. Make it only last for a few seconds and give it a crazy cooldown, so that it can't just be used to hop in and out of an area willy nilly. Once per several hours, or even once per day. Sell artis that reduce the cooldown. 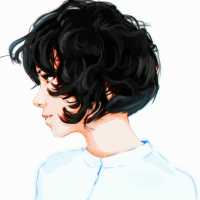