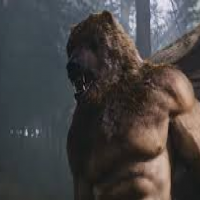 Galadriel Member Posts: 46 ✭
May 2018 in Sparring Grounds
For years as another character, I've tried and tried and tried to build combat systems. I've built affliction trackers, and attack scripts based on afflictions. Tried hundreds if not thousands of different combinations, working and re-working around constant balance changes. But the lack of people patient enough to help with the enormous amount of information involved in luminary combat is virtually non-existant. I've asked and asked and asked until I was as blue as a smurf mentally in my mind. And through years of trial and error I still haven't found a useful combat route as a Luminary. With the addition of somewhere around 10 nerfs both during and since the liasion rounds, I really feel just like giving up Luminary altogether and cutting my losses with another class. I've seen the EQ crown thread, and I just don't feel like the crown is gonna help against people who can kill you in 30 seconds flat, like Vyxsis who all she has to do is time the chimera stun with aeon hit to strip speed then hit aeon again and all of a sudden you're dead in another 20 seconds because she's managed to put 15+ afflictions on you while your system spams things to do, but all you see is You move sluggishly. Can I get some kind of explanation at least to the latest nerf to Luminary? If not can the Admin/Gods at least give me some kind of insight to how they want Luminary to be played?
0
«12»