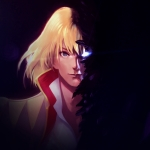 Drayne Member Posts: 40 ✭
November 2020 edited November 2020 in Echo Canyon
Was it just power gaming or a decline in RP? Or some other reason?

To note, in Imperian they eventually hard-coded a disincentive to have people from other "circles" in cities. This was generally poorly received, I would note two things about that though: (1) the circles thing in Imperian was a big part of debate RP and separating people basically killed the debate, whereas living vs. undead is not a very big debate area. (2) it's probably better to have this kind of thing come from players but there may be subtle mechanical reasons for why such a thing is not materializing. I am not suggesting that a disincentive be coded in but there may be something going on that is not letting people be spicy enough to kick out all of the living players.
0