As a creeping rot slowly started to spread out through Sapience, the sound of tools and weapons clanging together announced the presence of a young girl in Spinesreach. Find her way to the inner gate, she started asking around for the Director of Shadows. It was not long before news spread and Director Inkh was summoned from his post in Sterion. Upon his arrival, the girl asked if they could speak privately, seeming to not want a large audience to overhear the conversation. With Feirenz Ali'vani-Ourborian in tow, the group made their way to the chambers of the Chair where the young girl finally revealed the purpose of her visit.

Sent on a mission by Elder Elerl of the Three Widows Republic, the young girl informed Inkh and Feirenz that the Syssin were specifically requested for an investigation into some anomalies that the elder had witnessed in the residents of Three Widows. Strange behaviors had prompted him to seek their help to ensure that none of his people were shadowbound. Immediately jumping into action, the Director headed for Three Widows along with Feirenz and his wife, Lenoriel Ali'vani-Ourborian. The trio spoke with various residents, all of which noticed strange happenings that eventually sent them to further investigate a shopkeeper and renowned butcher, Damari.

Whilst obviously on edge, the Troll tradeswoman vaguely answered their questions, though the group noticed her fixation on the locked desk in the middle of the shop. Distracting her, Inkh and Feirenz set about searching the shop and making a right mess of it while Lenoriel worked on the picking the lock on the desk with only a dirk and a set of lockpicking tools in hand. Her efforts paid off rather quickly, though she concealed her findings as the two men apologized for making a mess of the shop and started to right the furs they had knocked off the shelves.

Quickly making their way out of the shop, Lenoriel revealed that she found a note - all signs in their investigation pointed to a secret between Damari and Bernar, the Dwarven Forgemaster of Heylai. Continuing their questioning, the group spoke at last to the forgemaster, interrogating the man until he finally reveals why the pair had been acting so strangely. Are they shadowbound? Is their goal to herald the way for Ohlsana? Luckily not. The rest of the story is much more mundane than that, but the Syssin promised the pair to keep their secret for as long as possible. 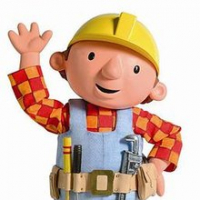