Events post #306: The Second War of Night, Part III: The Shrines, The Bells, and the Dragon.

Autoposter BotBot
July 2022 in Announce posts
7/22/2022 at 0:11
Anonymous
Everyone
The Second War of Night, Part III: The Shrines, The Bells, and the Dragon.

Determined to make the most of the borrowed time bought by Duiran's work with the songlines, the adventurers of Sapience lost no steam in the weeks following the Shamanic rituals, steadfastly continuing their efforts in defence and resolved to continue preparing for war.

In Bloodloch, the promised machinations of Abhorash began to bear fruit. Following the Progenitor's instructions, the citizens of the Empire began drawing on their amassed quantities of slaves, lashing them to the shrines in Sterion. The goal was simple: corrupt the soul, the blood, and the sanity of the slaves such that the Divine might imbued within the shrines would wash over them, infusing them with the power of Bloodloch's Gods and raising them up from mere chattel into soldiers of purpose.

Experiments began in earnest under the eyes of Yettave, Rijetta, Almol, Kurak, Nipsy, and Dreadnaught, though more eagerly joined the effort soon after. Many were lost in the search for the correct balance to satisfy each God, and fighting soon erupted on the streets of Sterion as the forces of Enorian and Duiran, outraged by Bloodloch's callous disregard for life, sought to stymie the Empire's efforts.

With both sides' noses bloodied in the pitched battles that followed, the Empire persisted, hurriedly marshalling each new soldier home. Redoubling their efforts in the weeks after, their armies continued to grow, faceless legionnaires, shifting horrors, brutish rockfiends, and sentient, tainted ashes joining the Imperial Horde. The Empire spare none the whip, and training of their legions goes on...

In Enorian, the Beacon eagerly prepared evacuation plans for their innocent citizens while awaiting the return of the Rekindled Goddess. In conference with Rhulin Glintspear, once again forced to abandon his dreams of retirement, plans were made to hasten the repairs of their defunct Lance of the Gods, aimed not at destroying undead or Haekathi, but to burn the shadowbound to ash. The Engineer set the Beacon to collecting sand for the purposes of glassblowing, and they scoured the beaches and deserts of Sapience in preparation for the work to come.

The return of Ethne came in the form of an enormous, fire-fretted gateway opening in Enorian's Garden of Dawn. Thousands of Djinni Bellguards poured into the Prime from the holy lands of Rahiela, a Bellkeeper at the procession's head. The soldiers fanned out around the Garden in protective formations, and moments later the Forge Maiden arrived, Her Ogrish presence draped in an aura of brilliant flames.

Foregoing long conversation as is Her wont, Ethne recanted what She had learned in the forges of Rahiela, summoning Rhulin to Her side. The Goddess showed off a brilliant white metal known as dejanite, and made known Her intentions to forge a singularly large bell from the holy material while the adventurers worked at mass producing bells for the city's - the world's - protection. Passing instructions on the bellforging process to the Engineer, She bid him to construct for Enorian a specialised forge for the purpose, and he immediately set about the task.

While the Beacon awaited news, Bellkeeper Kayaazim had more to say. With the assent of Ethne, the Djinn began to recite the words of a prophecy, a series of ominous verses foretelling great tragedy, disaster, and the victory of the shadow, along with - it was presumed - predictions made of events that had already occurred. The Bellkeeper assured those gathered that it was incomplete, but that the work of Paimri's scholars in the translation was accurate.

Further discussion was interrupted by Rhulin's declaration that the forge was complete. They hurried to the industrial district where the Engineer presented to them a massive foundry, equipped with an enormous furnace and similarly impressive crucible. The forge was outfitted with everything they could need, including detailed instructions on the Djinn's process of forging specialist bells.

Opting to christen the forge personally, the Rekindled Goddess lit the furnace with some of Her own fire, and, expertly working the metal in a technique blending that of the Djinn with Her own considerable expertise, soon produced the first hand bell. Rasani Morrog received the first bell with reverence, and, following Ethne's departure to Her own forge, began to learn. Firing up the furnace and working the crucible, the Godsmith followed the steps with care, imbuing some of her own spirit into the craft. Bolstered by her Duamvi host and her devotion to Damariel, Rasani concluded the process by anointing the bell with holy oils, the task complete.

Vanguard Sryaen immediately began drawing up plans and assessing the resources on hand to maximise their efforts at the bellforge. With Rasani, Roux, Jhura, and others experimenting with harmonics, spirit, and durability and the efforts of Damonicus, Eoros, Ranae, and Kalena put forth on blowing glass for Rhulin, a busy atmosphere prevails in Enorian, the city galvanised in preparation for what is to come...

In the north, Spinesreach worked in a frenzy, pursuing a variety of projects. While still maintaining the largest share of Sterion's vigil, work continued with Litrix on developing spirit-laced ordnance to drive back the shadowspawn. The Ascendril and the Spireans had conspired to produce countless bulbs of raw elemental spirit, and the city was eager to begin.

Initial experiments proved highly volatile, with Lenoriel Ali'vani-Ourborian discovering the indiscriminate nature of spirit, finding herself reordered into a horrific - albeit highly structured - mass of tumours. Undeterred, Litrix bid them to find ways of protecting themselves against the raw spirit and discussed plans for imbuing it into blades, explosives, and other weapons of war.

Working with Chairman Inkh in his rare moments of freedom from the news boards, Litrix also began making arrangements for a preservation facility. Requesting donations of steel and elemental ice, the Xorani promised a large facility, aimed at housing seed and life samples for future growth in the event of mass loss of life. The donations came in force, thousands of commodities offered up for the cause, and, with Burkhart Straton once again employed for the task, construction has begun.

All the while, debate raged fiercely throughout Spinesreach on a singular topic: The Dragon's Boon. A request was made to the Sun Drinker to lend Her aid to Spinesreach's war efforts in the form of harnessing part of Her storms. Dragons do not engage in charity, however, and the topic of a price for the First's gift was rampant on the city channel and in the news.

A town hall was hastily convened and negotations for the power of the storm were underway. The Spireans agreed to build for the Sun Drinker a temple worthy of Her impressive might, as well as to allow Priests of the Dragon Cult of Dehkay Plateau to preach within the city's walls, the latter a personal requirement added to the negotiation table by the First Dragon Herself.

Not only would Spinesreach honour Tanixalthas materially and spiritually, however, but with an additional promise of Legacy. Thus did the Lion of the North abandon its long-standing moniker, publicly affirming themselves as the City beneath Her Wing and restyling themselves Dragon of the North. With Sky Dreaming satisfied by this accord, She consented to allow the Spireans a way to harness Her power. Nizrea, the Star-Gazer would be their contact for this endeavour, and the Spireans have begun plotting out locations to erect massive pylons in order to channel the wrath and fury of the unfettered storm...

Though the network of songlines in Sterion continued to waylay the breach, shadowspawn soon began entering the Prime through the rift, stretched out to impossible thinness by the totemic arrangement but soon taking on their most robust forms the instant they broke free. Duiran continued to hold sentinel over the Guardian Totems as one continued to inexplicably lose power, which they tirelessly sought to shore up with each passing day.

With the influx of shadowspawn chaotic and unpredictable, vigil remains steadfast, and the world stands on the brink of open war with Czjetija. When the rift will eventually breach in full, none can say... 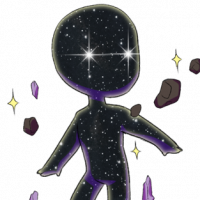