As the month of Niuran wound on and the election campaigns proceeded in earnest, it soon became clear that the tranquil exterior of Gorshire was but a facade for a far more cutthroat style of politics.

The candidates - now four - began to solicit endorsements from the outsiders using any and all means necessary. Scandal and plot seethed throughout the Lodi Valley with each passing day, vicious rumours and talk of bribery filling the air of Fountain Square as Gilbert, Inge, Sigrid, and Philbert pressed their campaigns hard.

Rhyot and Ayukazi toiled on behalf of Gilbert. Elene and Tina whipped votes for Sigrid. Even Inge found lively support in Merek and Feirenz among others.

Yet while Gilbert focused on his experience and expertise, Sigrid regaled all visitors with reports of her unrivalled productivity, and Inge spread tales of lust and depravity to anyone within earshot, one candidate had other ideas. Discontented with the isolationist and rigid policies of Gorshire, Philbert had bigger aspirations.

Accompanied by a horde of loyal fans shepherded by a mysterious woman wielding a clipboard, the young Gnome bravely stepped beyond the borders of Lodi and visited some of the major cities to rally support.

The Philbert for Foreman Foundation, or "PFFF" movement rapidly gained ground; scarcely could one walk the streets of Gorshire without seeing a toothy-grinned poster or a garishly designed button.

But scandal had not yet finished with Gorshire. Both Lim and Alela spilled blood on the flagstones of Fountain Square, resulting in hastily-issued edicts from Chief Constable Beck against intruders entering the village.

For one long and painful day did the forces of Spirit marshal their forces and hold the line. Among them stood Sryaen and Caitria, Iesid, Kalena, Jhura, Eaku, Finid, and Aisling, backed up by Illidan, Dato, Valeria, and Sekeres. Implacably they patrolled the precipice as the election finally drew to a close and Philbert, the champion of youth and progress, was declared the winner.

With the new foreman inaugurated, the Gnomes set off into the Vashnar Mountains and the Dakhota Hills to expand their operation. Barely had their excavations begun when the earth rumbled its response: amid tremors and quakes, swarms of direants issued forth from the newly opened tunnels and laid waste to each and every Gnome that had a pick in their hand and countless adventurers alongside.

Felling over three hundred of the irate creatures including two of their bulbous, oversized queens, the adventurers fell back to the Syndicate headquarters where Constable Beck and Mayor Gorbert engaged in a heated argument. Left to manage Gorshire's security without aid from the government, Beck had finally reached the end of his tether.

He tossed his badge at the mayor and resolved to venture forth from Gorshire and join one of the major cities, becoming the first Gnomish adventurer.

He would not be the last. 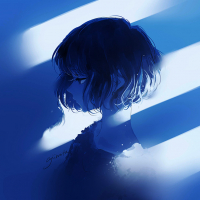