Craving some blood and glory? Next weekend, it's time for yet another round of the Due-

Actually, you know what. How about something different.

Next weekend I'll be hosting a rare event that hasn't seen the light of day in some time, Capture-the-Flag! Once a past-time favourite of mortals everywhere, this version will come with some changes to fit in better with current times.

First of all, I've added a new mode to the CTF that will allow us to host it with Tether vs. Tether in mind. Where it was once about stealing the flag from the city whom had the least contestants, now both Spirit and Shadow can group together and ensure their flag remains protected at all costs.

But that's not all that I've done.

New mechanics have been added to the CTF arena in order to faciliate that a fun and bloody warfare can be held.

Siege weaponry
=============================
One of the first things I ever coded in Aetolia is finally about to land into your hands. Siege weaponry were once intended for city defence/offence, but now find its home within the CTF arena. Packed with four different kinds of weaponry, an assortment of new entrenchment breakers and base defence options are now at your disposal.

We have:
* Catapults, for flinging rocks at groups of people in the same area.
* Ballista, for flinging impaling bolts at a singular target in line-of-sight.
* Flamers, dome-shaped carts with magic runes that burn all enemies in the room.
* Oil towers, piping hot oil that you can spill into an adjacent room for zone denial.

They're also great for newbies and non-combatants to man, as they're incredibly easy to use!

Dhaest, the red wyvern
=============================
Over the years, disuse of the Killing Fields has let to it being claimed by an elder wyvern. Known as Dhaest, his speciality is ensuring those who try to entrench before his might get thrown apart. However, he isn't the brightest of wyverns and doesn't quite understand the glory of participating in the CTF. One person will need to brave his wrath and kite him to the enemy forces to obtain the maximum amount of chaos he can provide.

The rest of the CTF rules remains the same. You can read HELP CTF to see how it works, if you've never participated in one before.

That's all for now. Please check the EVENTS command to see the specific date and time of the event.

Which tether will reign victorious? Hope to see you there! 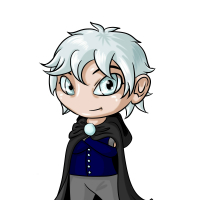 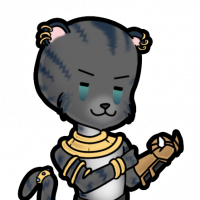