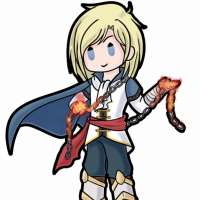 Aeryx Member Posts: 117 ✭✭✭
April 27 in OOC Chat
When I stopped playing Aetolia last year, it was after I moved from Charleston area, West Virginia, to Las Vegas, Nevada and in with @Erzsebet. The time zone difference and the uncertainty of how I was going to make money, mixed with a general boredom/irritation with Aetolia led to me not logging on except every once in awhile to keep my shop. I did this instead of retiring, because I've quit and came back to Iron Realms games enough times in the past 21 years that I knew I'd be back, particularly since I'd spent more money on Aeryx than I had on any other character on any game.

I've been keeping up with announce posts, city posts, personal messages(the few I get) and reading the forum posts here sometimes while eating proverbial popcorn. I have been tempted a lot lately to come back, as our lease here in Las Vegas is almost up, and I'll be moving back home to West Virginia. I find it kind of interesting that while I'm thinking of coming back, so many people are leaving or claiming to do so.

We all come and go, things change in our lives, in the lives of everyone involved in this game from staff to player. I think the things wrong with Aetolia are myriad like so many others do, but I also don't think it's one person or one thing or another. I feel like a lot of the issues are just systemic within Iron Realms as a whole. I can only speculate from 21+ years of experience with these games, particularly Aetolia and Imperian, where I've held every role you can really hold between the two games.(City, guild, order leader at various points, Celani at three different points).

My speculations are thus, from that experience:

A.) Iron Realms from the very top refuses to change what is and isn't allowed to happen with what types of roles are paid for their services to work on the game. IE: Only coders, no head lore people.

B.) The many negative things outweighing the positive leads to an extremely bitter, toxic playerbase(with a good few exceptions) that leads to a lot of the playerbase being driven off in cycles, while retaining the ones who are addicted or feel compelled to stay because of the investments they have made. In turn, these negative people either stay and don't like anything the staff does, or they become staff themselves.

C.) When you work in the staff of one of these games long enough, you lose perspective of what it is to be a player. If you aren't getting paid after doing it for a long time, oh 1+ years I'd say, and you continue to see the negativity, it will drain you, and that leads to less going on in all the games. It's a vicious, vicious cycle. If you do get paid for it, it still will drain you, and you still lose perspective, but you also likely see it as more of a job, with everything that entails.

My opinions on what needs to happen in Aetolia, and Iron Realms as a whole:

A.) Each Producer needs to be the only person with a guaranteed pay check, and pay should be doled out based on work completed to people based on tenure. The idea of 'getting to play a God' being your payment is extremely antiquated, and is not effective. We're all mostly 30+ years old now, not 18 anymore. In this, each game should have a projected budget each year that's split up by the Producer to encourage people to do more.

B.) You should allow, and encourage all staff to play a mortal, and tell everyone in the playerbase who each staff's mortal is, so that its completely transparent, and you should encourage them to play it a certain amount of time a week, to keep perspective on how the game feels to the average person.

C.) A Roadmap should be initiated every year at January 1st, and promos should be quarterly, not monthly. More time should be spent on the furthering of the game's story and events and general feature development, and not trying to sell us stuff inside your game. You have plenty of stuff for us all to buy already. Sell the players on why they should play your game, not try to sell something inside the game constantly.


What I think will happen in Aetolia, and Iron Realms as a whole:

I think things will likely continue along as they have. The slow decline will continue its natural cyclical course. There's a lot of vicious cycles that will continue on, and on, and there's really only a few people near the top of Iron Realms that can stop the cycle. I don't think they really care to.

I realize this is pretty depressing and negative, and I'm not trying to bash anyone, these are just some thoughts I've had lately reading the posts here and thinking about the last half of my life the past 20 years, as it pertains to these games. There is still a ton to like about Aetolia and all the Iron Realms games, or else a lot of us wouldn't be coming back or being so adamantly addicted. The investments keep us there sometimes, true, but the investments I'd say for most people aren't what you think about when you're sitting away from the computer at work or in bed or whatever, you're probably thinking about the players, or the roleplay, or what's going to happen next. That's a powerful thing, to be certain, but I just feel like with Aetolia inparticular we have a giant glass of potential and it's only half full, and has only been half full for a very long time.
Reflect on a thousand lifetimes spent amongst the slain, and realize I know nothing of life beyond the blade.