In 491 MA, the faithful of Iosyne, the Malevolent, were plagued by sudden bouts of rage and frustration through their bond with the Goddess. Some long-forgotten memory, lurking on the edge of recollection, tormented the Goddess; though it eluded Her grasp, She knew that it was important.

As the Goddess grew increasingly more incensed at the itch She could not scratch, an offhand mention of the Ankyreans from among Her followers finally brought a hint of clarity, purpose rising in the Goddess. The faithful of Iosyne were beset by a glimpse of the Manipulator before the Malevolent abruptly vanished, leaving nothing behind but an aching emptiness where their connection to Iosyne once held. Iosyne's Order kept the Goddess' disappearance discreet, reaching out only to select individuals close to the Manipulator. Receiving no information beyond that Her disappearance was unrelated to the Shadow Plane, there was little to do but wait.

Hollowness reigned for several weeks, the Malevolent's lack of presence felt keenly by those who were connected to Her. This persisted until Lanosian, when emptiness was abruptly replaced by rage and anticipation, emanating from the onyx sarcophagus held in Iosyne's temple. As Iosyne's chosen studied the sarcophagus, they discovered that their touch would empower it with their Pain, though individual touches proved ultimately fruitless. Coordinated by Mazzion, the Ankyrean Warlord and Champion of the Malevolent, the faithful pressed together; the Order thus managed to force the sarcophagus open, driven to their knees by the intensity of the Pain offered.

Inside awaited an impossibly large chamber, stretching far beyond the physical confines of the sarcophagus. More concerning were the contents - the horribly mangled corpse of the Muse lying beisde the empty shell of Lachesis. As onlookers filed in, the corpse of the Muse stirred, its insidious presence slithering through the chamber as it drank of the memories of those present. The corpse finally settled upon the Ankyrean Warlord's past triumphs, ripping history into the present.

Deafening roars filled the chamber as the spectres of Mazzion's first Ankyrean conquest were manifested: the lightning-wreathed Naloth, the Blue Dragon; the acidic Bazzalth, the Black Dragon; the icy Verioth, the White Dragon; and the sinister Quoloth, the Phantom Dragon. Assuming leadership of those present, the Ankyrean once again cast down his ancient enemies, reducing them to nothingness once more. The violence and power of the display, however, fully awakened the remnants of the Muse, the tattered corpse rising to its feet.

The corpse of the Muse set greedy eyesockets on Mazzion, intent on claiming the Ankyrean as its mortal shell. Falling upon Mazzion with a combination of divine fire and sheer unabashed violence, the corpse quickly overwhelmed Malevolent's Champion, despite his spirited resistance. As the Ankyrean lay there, the corpse claimed his broken body, its essence melting into Mazzion.

Thus rose the Muse once more, empowered by Her newfound Ankyrean shell. Sporting a Humanoid frame that was dainty, almost fragile in appearance, the newly arisen Iosyne bore little resemblance to the Malevolent incarnation. Voice redolent with the pleasant lilt of song, the Muse initially appeared calm and collected, betrayed only by the stark insanity raging behind the eyes that once belonged to Mazzion. Mania quickly took hold, however, as the Muse settled into Her newfound body; Her very words tore at the sanity of those gathered, pure rage replacing song as She demanded the presence of Omei, the Imago.

The rival Goddess soon arrived, prepared to do battle with the Muse She once cast down. There was little in the way of familial greetings as Iosyne and Omei settled into battle, Divine power erupting through the tomb. In a vain attempt to protect the Imago, Aolin was summarily struck down as collateral damage. Embracing the Chiav form granted to them, the Malevolent's faithful were the next to stand up to the raging Muse - Arahali, Ayukazi, Axius, and Qelres clashed with Iosyne. Though each was vanquished in turn, the exertion proved costly to the Muse: Mazzion's presence was suddenly felt within the chamber once more, the Ankyrean forcefully exerting himself. Stumbling, Her control over Her shell quickly evaporating, the Muse desperately lunged at Omei; in midair, however, Her essence was banished from the stolen Ankyrean body, leaving Mazzion himself crashing into Omei.

As the Imago shackled the defeated Muse, essence escaped the corpse, rushing into the shell of Lachesis. Taking on Her familiar arachnid form, thus did the Malevolent return, rendering the Muse inert once more. Accepting Omei's peace offering of Iosyne's once-stolen eyes, Malevolent and Imago shared an optic snack before Iosyne focused Her attention on Mazzion. Iosyne, guided by Severn, had retreated into the corpse of Her past existence to retrieve memories long lost.

In the First Immortal Epoch, Varian the Celestine fashioned the Ankyreans to be His ideal mortal race and spawned the five Virtues to guide them to
perfection. Before Varian bestowed free will upon mankind at the end of the Second Immortal Epoch, mortalkind followed the Divine Purpose: one's role in life was predetermined at birth, fitting them into society like a well-oiled cog. Above all other races were the Ankyreans expected to adhere to the calling chosen for them and, through following their Divine Purpose, adhere to the five Divine Virtues.

The Adherents were those Ankyreans that, through their calling, had fully realized at least one Virtue. When a candidate felt ready, they would beseech one of the Virtue Gods for a trial to determine their potential in becoming Adherent. Upon success, the Ankyrean would be infused with a permanent boon of power from the God, raising them into the ranks of the Adherents. Without being incredibly strong in mind, body and realization of the Virtue, the power would instead tear asunder the mortal frame. During those ages, only the Ankyreans were uniquely qualified to achieve these standards.

The Adherents system was lost and forgotten after the conclusion of the great war that marked the end of the Second Immortal Epoch. The combination of the decimation of their population, splintering of the Pantheon, the loss of the Divine Purpose, and other extenuating circumstances, led to the eventual collapse of the first Ankyrean Order.

Mazzion Cardinalis, one of the few remaining Ankyreans in the Midnight Age, had honed his form to its limits. Instructed by Her consort, the Manipulator, with knowledge long gone, the Goddess Iosyne declared Mazzion's triumph over the Muse a fitting trial for Her modern Virtue of Malevolence. Through pain and suffering, Mazzion had conquered the trial and thus received Her boon, breaking past his limits and becoming the First Adherent of the Midnight Age. 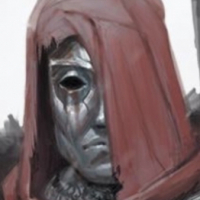 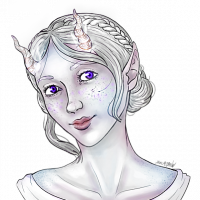