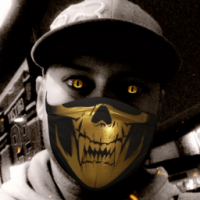 Aros Member Posts: 20 ✭
February 10 edited February 10 in Roleplay Logs
So! I bought a pet mount but @Kyna approached me and asked if I wanted to do a little RP with it. Thusly...

Over the past IRL week or more Aros has been intent on scouting the Vashnar mountains and Sirrocians, looking for signs of wyrms or wyverns. He's been rather fixated as of late on becoming a Dragon, and one of the milestones in his eyes has been to prove himself stronger, more dominant than the lesser Dragon-beings. I've been waiting (not so patiently so thank you again @Kyna for making it happen) and wondering what/where/when SOMETHING would all go down.

Well, today it finally came to a head, and thank you SO MUCH @Kyna for making this happen! Truly, it was a ton of fun and I can't express how much I appreciate everything!

So today, Aros was scouting out for minor foci, actually, when the following took place!

A shrill, wailing screech echoes around you but it is hard to discern its origin.

Your heartbeat quickens as the jarring sound reverberates around you again and the rhythmic thudding threatens to drown out the distant noise.

You have emoted: Aros jerks his head back, studying the skies hopefully. His wings tremble in excitement. "I wonder..." he murmurs to himself.

A winged shadow passes overhead, not unlike that of Tanixalthas. Yet, it is smaller. Considerably so. And when you try to look up at it, you can only see hazy
edges as if it isn't quite attuned to reality. An illusion?

You have emoted: Aros's head jerks to the sky once more, peering intently through a pair of multi-lensed venantium glasses. "I... IS THAT?!" he starts, pauses then exclaims.

*sudden flight to the Vashnars*

Hills climbing towards the Vashnar range.

Thought: I need to get higher...

You startle as it circles above you once or twice and you could've sworn you caught a glimmer of a set of eyes above a sharp beak. But before you can focus, or
blink, it has shot up into the skies, climbing higher into the mountains.

You have emoted: Aros's excitement takes him up the Vashnar range in leaps and bounds, lofting himself forward with great sweeps of his wings.

Deep in the Vashnar mountains.

You purse your lips pensively, gazing off into the distance as you carefully gather your thoughts.

You have emoted: Aros turns in a tight circle, wings sweeping wide as he scans for sign of the Dragon-like form.

You rub your hands together, trying to stave off the cold.

The screech is louder now, echoing as if from a canyon nearby.

The face of a large cliff.

You ponder the situation.

You have emoted: Aros scans the valley before him intently, eyes squinting in the effort to make out any detail resembling the Dragon Goddess.

A box canyon in the Vashnar mountains.

You close your eyes, draw in a deep breath, and then release it slowly.

You have emoted: A tinge of frustration enters Aros's voice as he draws his wings in tight against his back. "Where... which way?" he utters to himself as he
spins about, listening, searching.

You're forced to stumble back as -something- shoots past the overlook on its quest to new heights in the sky above you. It's still little more than a shadowed
haze, impossible to focus on. You squint...

You have emoted: Aros brings a carved ebony Dragon staff to bear before him, holding it across his chest while still squinting in an attempt to make out the entirety of whatever shot past him.

Too late. Too slow. You hear the shriek again as a fearsome, feathered and scaled wyrm notices the illusion faltering around it and it snaps its wings against its body to practically turn into a missile. Gravity takes hold and the wyrm upturns to come rocketing towards you and just before it makes contact, its taloned feet extend towards you.

You have emoted: Aros throws his body backward, wings snapping out and then forward to throw him back in an attempt to clear the plummeting wyrm. "For the love of Tan-" he cries out, cutting off with the force of his attempted withdrawl.

That inch of space you created saved your life. An inch as a fearsome, feathered and scaled wyrm swipes in the air where you were not a second before. A cry of outrage leaves the beak of the huge beast before you and as the illusion around it falls completely, you're finally allowed a chance to look at the fifteen foot wyrm in its full glory.

Sharp eyes watch you as a fearsome, feathered and scaled wyrm cocks its head in a jarringly fast motion after it has carved earth from the overlook on its rough
landing. The shriek turns into a dull clucking of its beak. Thoughtful. Predatory.


You have emoted: Aros falls hard upon his back with a terrible grunt as the wind is knocked from him. Far from outmatched, however, he digs a carved ebony Dragon staff in to the ground and heaves himself to one side, rolling to his feet. He takes in a fearsome, feathered and scaled wyrm in a quick, assessing
glance.

Instinct first, a fearsome, feathered and scaled wyrm isn't at all wary about facing you head on and it flares its wings in an attempt to inflate its size before it takes the brunt of the shadowy mass as a blow against its chest. Having underestimates the wielder, the wyrm stumbles back a step or two and is forced to hunker down on wing-limbs. With you closing in, the huge beast lunges at the mortal until wyrm and Azudim clash and conglomerate into a flurry of wings, seeping shadow and scales.

Although a fearsome, feathered and scaled wyrm dwarves the Azudim, the beast is still young and its kicking hind-feet are misplaced and uncoordinated. But no less deadly.

You have emoted: Aros lashes into the fray with shadow, staff and fist. Though fierce, he strikes hard blows at the body of a fearsome, feathered and scaled wyrm in an attempt to stun, not slay.

Pouring power into your singularity, you suddenly rip the stabilizing spellwork from its core, initiating its eminent collapse.

The keening THWUM rhythmically emanating from a destabilizing singularity grows in volume.

Sibilant, harsh sounds whisper from within a singularity as if flickers and warps, then stabilizes once more.

As shadow rips through scale and feathered hide. As blow after blow from the Azudim lands, a fearsome, feathered and scaled wyrm eventually pushes off of you to launch away; this time it's too late. Too slow. As it careens towards the edge of the overlook with the intention to throw itself over the edge in a tactical retreat, it gets caught in the singularity.

You have emoted: Aros absorbs the blast of the singularity in a shadowy wreathe, though the force launches him inexorably towards a fearsome, feathered and scaled wyrm. His hand flings a carved ebony Dragon staff wide and he spreads his wings, allowing the shockwave to propel him upward and over the back of the great wyrm. Avoiding the spikes along its spine is itself a miracle, and he lands in the one clear section along its back. His hands drop low over the arms of the beast, gripping powerfully as he locks himself onto the beast. "ENOUGH!" comes a torrential shout, echoing through the canyon in a command to halt the beast.

Whatever laws the Dragons have, some inherent understanding seems to linger in a fearsome, feathered and scaled wyrm and, although it doesn't seem quite resigned to its fate, it does recognised you as the dominant of the two quarrelling. A clicking, shrill whistle escapes the beak and it lashes its tail outward. The rocking motion makes you realize how close you are to the edge and in one last, desperate attempt, the young wyrm throws the pair off of the ledge and into open skies.

A fearsome, feathered and scaled wyrm flaps its wings a few times and lifts you into the skies.
Flying above A cliff overlooking Goreskrat valley.

You have emoted: A deep, rumbling laugh is torn from deep within the belly of Aros, though it is lost to the wind as a fearsome, feathered and scaled wyrm carries him out over the valley, then high into the sky. He is relishing in the feel of the wyrm beneath him, wings tucked tight against his back to keep from ripping him off, when instinct and intent collide. Gentle, yet indubitably strong pulls of his shoulders draw against the wyrm in an attempt to guide it in a banking maneuver.

There is resistance and a fearsome, feathered and scaled wyrm's beak flashes as it glances back at you, but it relents and banks left, then right, when commanded. Disgruntled, the wyrm occasionally lets its displeasure be known to you by shrieking in objection to a sudden turn, or a downward plummet towards the ground only to have its wings fan out on the demand to climb higher. Higher. Higher. As the pair fly, the beast loosens up. Whatever risk it believed the Azudim to be seems to be easing through the mere sharing of flight.

You have emoted: Aros relaxes his pose, if not is grip, and sits upward upon a fearsome, feathered and scaled wyrm. He begins to utilize his knees and body to guide the beast as the duration of the flight continues. The strength that is within his limbs does not fade, but the manner in which he guides the wyrm becomes more like that of a parent guiding a child - firm but loving. The thrill of the experience is painted plain upon Aros's face, his eyes alight with unrivaled pleasure. This is clearly the highlight of his existence. Softly, though voice still lost to the wind, he murmurs, "I have found you, Kiertan, and you are mine."

The response from a fearsome, feathered and scaled wyrm is a low, thrumming whistle and it clacks its beak in response. At this altitude, the beast barely has to do any work with its wings as the up-drafts from the mountains below continue to carry you both upon the air. Every now and again, the wyrm twists its head as it notices prey below and you can feel its muscles coil beneath your body as if it plans to careen down towards the ground after a lion, a rabbit. Anything. Instead, it chooses to leave its decisions to you. Its respect has been earned.

This large, scale grey wyrm is a fearsome sight to behold. Fifteen feet from tip to tail, its muscular girth suggests an alpha of its kind. Keen, calculating eyes gaze out from its large, black and white feathered skull. Instead of snout and teeth, its jaw transitions from bone and scale to a long, wickedly-sharp beak. A ridge of midnight spikes line its spine except for a smooth patch between its shoulder blades. They taper from small spikes at the base of its skull to large ones at the base of its tail, then once again back to small near the tip of its barbed tail. The front limbs of this wyrm serve as both wing and arm. Thick and heavily muscled, they extend out with much the same structure as a bat. Large, hooked claws allow the top phalange a means of establishing purchase, while the bottom phalanges extend down to provide structure to the thin, leathery membrane of the wing. He is called 'Kiertan.'
He is loyal to Conservator Aros Riahl, the White Rose. 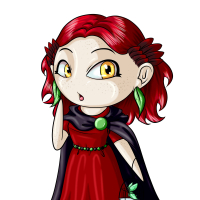