Razmael Member, Administrator, Immortal Posts: 1,377 admin
January 2020 edited January 2020 in Aetolia Development
We'd like to take the opportunity to clear up some of the misconceptions we've seen floating around since my little teaser about mirror classes and more officially announce our intention to proceed with this.

I want to have a massive disclaimer that we are very, very early days on this project. Everything you read here is subject to change.

What are mirror classes?
It's a class that's a complete copy of another class on a MECHANICAL level, as near as we can make it. This means the roleplay of the class and how the skills look will be completely different, and more than likely will have little to no relation to the class it was mirrored from.

Obviously there will still be similarities between the classes due to mechanics being in line with each other, for example: Mirror-Templars are going to wield a lot of weapons. Mirror-Shamans will have some sort of territory skill. Mirror-Carnifex will have a pet of some kind and use some form of polearms/hammers. But on a roleplay level, we hope to give each class their own identity.

That said, there may be some MINOR mechanical differences. For example, no amount of lore wrangling we can do will make it acceptable for someone on the Spirit tether to have skills that deal Shadow damage. In that scenario, we would probably just switch it over to Spirit damage instead.


How long has this been planned?
I've seen a lot of people tossing around the idea that this is a kneejerk reaction. That's just not true at all! We started planning draft concepts back in early 2018, and we have been considering/debating whether we should mirror classes for far longer than that. We were meant to announce it in our 2020 preview post that Tiur made, but it somehow slipped between the cracks and I simply saw an opportunity to drop it in that classlead thread.


Are you going to mirror Monk/Syssin?
At this stage, no, these two are not planned. It's something we'll consider again when all the others are done. For now, it's enough they're neutral-tethered.


Where are these classes going? Will there be new guilds?
Absolutely not on new guilds. It's likely that they will be obtainable through a tutor in the home city we decide on for the class, and not overtly tied to a guild as that narrows the scope of the roleplay we can explore with them. That said, there's precedent for a guild to have multiple classes attached to it (hi Illuminai) so we'll see! Still too early to decide on that.


Home cities? What does that mean?
It means we'll most likely tie the class to a city in some way. Anybody on the tether can pick up the class still, of course, but the roleplay ties for that class will be in its home city. It MIGHT be easier for a citizen of the home city to pick the class up (in the same vein it's easier due to home guilds) but we will see yet on this.

This also means we'll be looking at diversifying certain class niches to each of the cities. For example, the terrain classes (Teradrim/Shaman) will more than likely go to Enorian and Spinesreach respectively. Other niches we're looking at diversifying include glyphs/aegis (Ascendril/Sciomancer) and classes with lots of ents to summon (Indorani/Sentinel).

This is both to ensure that certain class playstyles are available to people in each of the four cities and also give room for deeper intertether conflict if it arises (organically, not something we currently plan to push).


Class slots will be expanded?
Yep, of course.


If all classes are mirrored, does this mean we can swap tethers without a loss in lessons?
No, as all the classes are going to be roleplay-distinct from each other, you can't swap your lessons over to them.


Release date? Are you going to release all classes at once?
Way way too early to give any details on a release date. The project is still way too conceptual at this stage.

No, the releases will be staggered. Probably in batches of one class from each side at a time, over a long period of time. This ensures we're (a) not tying up all our resources working on this, and (b) poor Keroc has time to adjust group combat to the introduction of each new mirror and deal with how things are changed up.


Why are you doing this?
There's a few reasons.

1) Tether tribalism. It exists, no use pretending it doesn't. We don't expect mirror classes to solve this, but we do expect it to soften it as the frustration and salt surrounding classleads has been a big contributor.

2) Perceived bias. Keroc can't be biased against a specific side of the game if he's nerfing a class available to everybody.

3) Business. I'll be straight up honest and not be shy about it: it's an opportunity for us to expand our product. You will have all 16 classes available to you no matter what side of the game you're on. This is good for us!

4) The majority of time sunk into new class development is (by far) balancing and coming up with mechanics in the first place. This allows us to add new classes to each side without that extra overhead, and develop more lore opportunities for characters to partake in.


How is mechanic [x] going to work in relation to [y]?
What will the mirror of [class] be?
How do you expect [z] to even work on the other side?
etc
We could spend all day answering questions like this, so I'll cut that short and say it's too early to know and you'll have to wait and see! 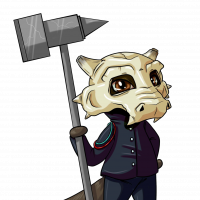 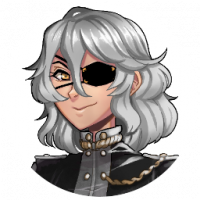