Bulrok Member Posts: 234 ✭✭✭
January 2020 in Sparring Grounds
I'm already pretty tilted over classleads and I'm not sure where to voice my frustrations or how to do it in a manner that is constructive anymore. So I'm going back to 2005 Aetolia and making a post on the forums about it.

Here's the thing that pushed the tilt over the edge. It's really not that big of a deal, honestly. I'm not worried about anyone ever listening to me until I do the thing I say is broken. But I'm gonna explain it anyways:

Gyrfalcon report was rejected because a.) votes and b.) solution was basically deletion

This is all pretty terrible, honestly. Sentinels are in a pretty solid spot in 1v1. Solid aff rate, solid kill route, 1 active cure on top of Fitness and all the hinder like: lethargy, heartflutter, raven, idiocy, plodding, confusion, and epilepsy. Spirit liaisons called a lesser combination of that massively OP back in ye olden days of partisan liaisons. They even have access to frozen which is another form of hinder for bal classes. Not really viable in a 1v1 setting, but I'm throwing it out there anyways.

Not to mention daunt into blackout, a lock seal that can't be broken by any class except Syssin, traps, underutilized/not used resins, massive group support, and one of the last quick aff insta kills in the game that isn't gated behind something like leeched_aura or conviction.

I didn't come after any of that. I came after Gyrfalcon. A stupid bird that primarily effects Shadow classes due to Shadow's focus on pets (Sanguis, Domination, Warhounds, Animation). It provides a monumental swing in tempo when it hits, providing hinder and an increase in aff rate where applicable.

I listed out pretty damn good reasons as to why it couldn't be changed into another pipe aff or changed into a pill aff, and I thought I had explained why it was strong in its current incarnation. Iesid mentioned to me on discord about keeping the effect and tying it into Crocodile/Cockatrice slot, and I thought that was just as bad as deleting it, so I didn't suggest it, because in no world does it take priority over either of those animals. I didn't see a difference between putting it in a slot where it would never be used vs. turning it into a glorified minipet, except with the delivery idea you at least got something neat out of it.

But I got out voted, hard. Logics and facts were beat out by politics. Due to the admin policy of pretending that if we don't see the vitriol and toxicity, then it obviously doesn't exist, I can't even see the reasons for rejection unless it's a controversial enough decision/report. Maybe some lifer has a really good hint about how to cure a passive smoke aff that disables large portions of my offense while they have 2/2 of the standard soft lock decongestant affs also running passively. Sure would be real unicorns nice to know such a thing even exists.

The last time I played Sentinel, I beat not only Aetolia's veteran elites with the class, but also took down one of the best PKers in all of IRE. The class received a nerf in the form of throatcrush no longer being comboable, but received /a lot/ to make up for it. I didn't come after any of those buffs, I didn't even come after trientia/daunt, which is definitely broken and definitely needs nerfed. I came after something that was overbearing for the majority of my tethers classes but unneeded and would not have effected the people using the class because they don't take advantage of it anyways right now.

I am incredibly frustrated with the system.
ShAmAn'S aRe UsEleSs In GrOuPs

The real bullies of Aetolia:

Didi has fallen before a powerful ranged punch from Rhine.
They were assisted by: Aisling, Valeria, Stine, Jhura, Benedicto, Ain, Iadra. 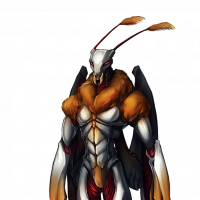