A Teaching on Chaos 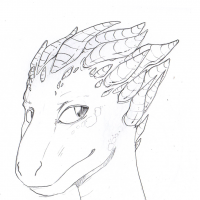 Agothaxl Member Posts: 58 ✭✭✭
March 2019 edited March 2019 in Roleplay Logs
So, Agothaxl needed to write a scroll on Chaos. @Bamathis was nice enough to give her time to get a detailed discussion on it. Decided I'd share the log.

Bamathis' hands hang before Himself, fingers lacing. "The nature of Chaos defies logical
convention." He begins, glancing over you. "Beings of Chaos are of will - Individuals that share a
common will form into Masks, which we know as entities. The greatest wills of all grow to become
Lords." He details. "There is one error in your summary earlier that I wished to correct -- in
theory, yes, to break an Individual you would have to attack its Will, but.." He trails off, lips
pressing into a tight line as He considers.

Bamathis says, "To do so, one would have to convince an Individual to essentially unmake itself."

Bamathis says, "As such, it would be an extremely rare and difficult task."

You have emoted: Agothaxl scribes carefully, taking down notes and nodding her head,
"Interesting..weird, but interesting."

Bamathis steps closer now, squinting critically at you as you writes. "When an Individual, or its
Mask is.. 'destroyed' by conventional means, it simply returns to Chaos and reforms." He goes on,
circling the chair you is sat upon and resting His hands upon its back, so that He might assess your
notes. "This is why many would consider fighting Chaos to be a futile task."

Bamathis says, "Mind you, I do not know for certain that when an Individual reforms, it reforms with
the same Will it had at the start. It is possible that when destroyed, a group of Individuals could
be scattered into other purposes. The point here, is that truly destroying Chaos is a difficult
endeavor."

You have emoted: "Hrm..does it make a difference if we destroy them on their own Plane? Are they
dead then, or able to still find another Mask to join?" Agothaxl asks as she's scribbling as quickly
as she can. The notes are fairly legibly, in cursive, but sometimes the smears make a mess.

Bamathis shakes His head. "No." He denies. "To destroy an Individual on Chaos, one would have to
convince it that it is obsolete - so that it unmakes itself." He explains. "It is an odd concept,
truly - but it is how Chaos operates as far as I am aware."

You have emoted: Agothaxl furrows her brow, finally lifting her gaze upwards when she finishes the
last notation, "So how do we fight it? Or do we just contain it?" Taking a moment to think further,
she adds, "Or perhaps reason with it, pacts like the Indorani do, to keep it at bay?"

Bamathis' eyes move from the notes to your raised head from His place behind the chair. "That brings
Me to My next point." He says, pausing a moment to consider His words. "Chaos hungers for essence.
It is kept at bay by the pacts the Indorani make. Chaos Lords thirst for the essence of mortals like
nothing else. It is possible they subsist off it, yet also plausible they take it for other means."

You have emoted: Agothaxl's head tilts back down towards the scroll as she returns to taking notes,
"Interesting..interesting.." She puts quill to mouth for a moment, chewing at the tip of the
featherbone, "So..kind of like vampires, possibly, but also not." She seems to put the quill back
down to jot this off to the side, giving the paper a satisfied nod.

You say, "I wonder if they'd take essence from something else, or why we specifically are the ones
they need essence from.."

Bamathis says, "Essence from something else? Like an animal? It is possible.. as for how to fight
Chaos, let Me worry about that. You are all doing well on the ground as-is repelling their attacks.
I will tend to Golgotha when he shows himself."

You nod your head at Bamathis.

You say, "I'm just thinking for the future, because Golgatha can always 'return' in a way, even if
it's as a new entity."

Bamathis lifts one hand from the chair, reaching down to carefully pat you on the head several times
- minding the horns as He does. It is a stiff gesture of appreciation from the God, unintended to be
patronizing. "You serve Me well, Dewirosti." He says. He then withdraws from the chair, to a corner
of the chamber, where He assesses a glowing root. "Do not concern yourself with that just yet. I
have a plan."

You have emoted: Agothaxl manages to not flinch this time, though does turn to follow Bamathis with
her gaze as she listens. Towards the question, she gives a shake of her head and responds, "I do not
think so. I think I have enough material for a basic scroll, and considerations for future research
after this is all done."

Cailean's voice resonates across the land, "I'll give a prize to the first Spirean to come and join
us in hunting the rifts."

(Tells): Harshly, you hiss afar to Cailean, "We did plenty hunting around earlier this week. Other
things come up, loud one."

(Tells): Vivid colours fill your mind as Cailean communicates to you "Things other than the
apocalypse. Duly noted."

(Tells): Harshly, you hiss afar to Cailean, "Aye. Learning about Chaos itself in my case, so I can
teach you lot of it. Sometimes research is just as important."

(Tells): Vivid colours fill your mind as Cailean communicates to you "Research is immensely
important. I wasn't intending to insult your northern folk - it was a real, open invitation to join
the hunt. Plus I have pie and was going to give it out."

You see Bamathis raise His voice and shout, "Now is not the time to boast and erode one another's
morale. Stand together, Sapience!"

(Tells): Harshly, you hiss afar to Cailean, "I will take you up on that later, then. Certainly."

A needling horncall airs a whining note, prefacing some grand announcement.
Soft and soothing despite the volume, the dulcet tones of Arista echo, "FOR SAPIENCE!"

Bamathis clears His throat. "Good." He says. "You are dismissed, then. I look forward to what you
produce."

Shaking her head, you say, "Apologies. Duirani folks have been calling every other set of folks out
that they can."

You nod your head at Bamathis.

You have emoted: Agothaxl pushes to her feet, pressing down her skirt, before she stands upright.

You form a spear-hand, swinging it across your chest and striking your shoulder in a crisp
Legionnaire's salute.

You say, "Thank you, Sir. For Sapience."

You say, "Voltda."
You quickly utter the phrase and see a sulfurous hole open in the ground before you. Without
hesitation, you jump in.
Within the Death Caves.
Magical darkness enshrouds this area. A black rhinoceros is here, pawing at the ground. Antennae
twitching at the slightest breeze, an oversized ant is here. A single stocking has been hung up
here. 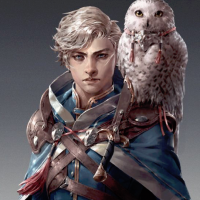