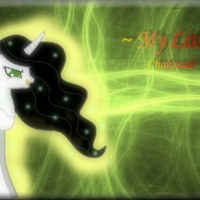 Tina
March 2018 in Idea Box
I'm sure over the years most of us have been subject to waking up and seeing mass defiling of shrines outside of order fights, and holy wars. It really serves no IC purpose, for most orders shrine essence isn't a huge concern anymore, they have tons of it. And shrines can just be raised again right after being defiled.

The main point of it seems to be simply to annoy players, which makes it a mechanic that seems like it shouldn't be in the game. In the past I know you couldn't defile shrines unless you were engaged in a holy war, it was mechanically impossible. Something like that, or a limit to how many shrine scan be defiled each day or something, seems like something that would be good against such behavior that just annoys players and actually discourages RP and interacting to find solutions.

What are other people's thoughts on constant mass defiling of shrines outside of Order Wars and fights between orders? Maybe I'm the only one that it annoys and sees it like this, maybe some like it, maybe some would also like to see restrictions on it like other things. I just don't see the point of letting open ended mechanics like this exist that seem to exist solely to annoy players with no other purpose. That seems to discourage RP and conflict. Not even an alert on channel when it happens, so a lot of times it isn't even noticed till well after the fact.
0