Teani Shadow MistressSwedenMember Posts: 2,122 ✭✭✭✭✭
December 2016 edited December 2016 in Roleplay Logs
So, @Xenia approached Teani quite some time ago to commission a portrait of @Kelliara. There hasn't been time to get this done until now, and here's what happened: (Also, picture included)

Teani walks straight up to Kelliara, nodding her head. "Best get this over with, don't you think?" she asks, eyes sparkling as the looks at her.

Teani shakes her head. "Let's make it a surprise for her, shall we?"
You say, "Which weapon did you choose?"
You say, "Halberd, maybe?"

At Kanivara's curious look, Teani grins mischievously. "I'm going to kill the Doyen with her weapon of coice," she says.

Teani chuckles, shaking her head. "No, I'm painting her portrait."

You say to Kanivara, "But considering how she feels about it, I'm sure she will most likely feel like dying."

Kelliara heaves a reluctant sigh, turning her gaze upwards briefly. "I had forgotten about the demand for weapons. To be fair, however, my weapon of choice is my claws. Perhaps I could sit wearing my pelt."

The corners of Kanivara's mouth turn up as she grins mischievously.

A sudden wolfish grin springs to life on Kelliara's face. "There was no statement against such, after all."

Look Kelliara
She is an intelligent Idreth of Human heritage . Standing at roughly the average height of a human, she has pale skin marred with healing cuts and bruises. A tangled mess of ebon hair falls about her face untidily, reaching to roughly shoulder-length. In mostly futile effort to maintain some small semblance of control, her hair has been pulled, twisted, and corralled into a low tail at the back. Her face and neck are marked with a number of scars of varying sizes, some beginning to fade with age, while others, a long slash across the bridge of her nose and a burn on the back of her neck, appear to be more recent. Honey coloured eyes peer out at the world almost sleepily from above a button nose and a pair of full pink lips. She possesses an athletic frame, with lean muscle and slender well-toned limbs.

Teani smirks at Kelliara, then declares, "Consider it an agreement between your wife and I that you are supposed to be in your current form, wielding a weapon of your choice." She purses her lips, then smirks. "Just be glad she didn't order a nude up on that wind-swept tower."

Kanivara says to Kelliara, "Do like this with your hands, for claws."
Kanivara does the Claw Thing with her hands.
Kanivara peers at her hands. "Could also be a stand-in for strangling somebody annoying."

Kelliara looks thoughtful and says to you, "I expect she refrained from such for your sake. Perhaps do not tell her you seem fine with such."

Teani chuckles, shaking her head. "I wouldn't want you to freeze to death up there, Doyen."

Kanivara says to you, "Could you paint me sometime before Niall is born?"

Through a heaved sigh, Kelliara says, "Was there some decision made on what I am supposed to be wearing, or something like that?"

You say to Kelliara, "None. I do believe you can wear what you are wearing now, to be honest."

You say to Kanivara, "And certainly, if we can find the time."

Kelliara says to you, "Let us go, then."

----------------------------
Walking to Stormcaller Crag
----------------------------
At the edge of the world.
The stars glimmer down, broken only upon occasion by thin wisps of clouds. The turbulent sky dominates the world here, raging against the stone and steel of the tower and churning with endless, sullen fury. Lightning flickers and snaps from the depths of the storm, crashing against the five steely prongs that arc from the plateau's outer surface to cage the sky, and waves of rolling thunder buffet and storm across the towertop incessantly. From this lofty height, half the world seems visible, caged only by the jagged silhouettes of mountain ranges squatting on the horizon; to the north, a fractured plain of ice and stormy ocean stretches away until it is lost to the naked eye, while the white expanse of the Western and Southern Tundras occupy the south, the city of Spinesreach a black, spiked blur at their edge. Every side of the tower is bordered by a vertiginous drop down onto the harsh, frigid mountains that cradle Stormcaller Crag, and the air is simultaneously freezing cold and crawling with energy. An imposing throne of gleaming iridium dominates the towertop, its shining form wreathed in crackling lightning. A five-sided pillar of dark, smoky quartz clutches at the sky with lightning-wreathed claws of stone, surrounded by a veil of turbulent air.

Teani looks at the throne, then lets out a soft laugh. "I've learned not to trust thrones."

Teani nods at Kelliara, then begins to set up her things. "How about you simply just... stand? Casual, relaxed, straight. You know... be you," she says, smiling at Kelliara. "So, weapon? Going with claws? Or a polearm or something?"

You rub your hands together, trying to stave off the cold.

Grumpily, Kelliara says, "I do not know. What do you think?"

Teani shrugs a shoulder. "Holding on to a halberd will give you something to lean against, brace against the winds," she explains, and as a precaution, she makes certain to place herself so that the wind won't blow her canvas from her lap while she's working.

Kelliara nods her understanding to you. "Where shall I stand?" she asks. She pauses for a moment to cast a glance over at the Throne of the Stormlord. "Part of me is tempted to sit on one of the armrests or some such. Try my luck. But perhaps you wish for the view in the back of the portrait?"

Teani purses her lips, looking at what is in front of her. "Actually, I think I prefer you near the edge." she nods her head to where the plateau ends abruptly. "Where the wind can catch your hair and you look like you're really on top of the world. Just... don't fall off, alright?"

Kelliara nods and crosses to the edge of the tower, setting the end of her halberd down hard into the ground below so she can lean on it, both for comfort and to brace against the wind. "Like this?" she asks, pushing her from hair face, only to have the wind blow it right back again the moment her hand moves away.

Teani smiles, nodding her head. "That's perfect!" she responds, starting on the portrait without further ado. Her hand moves quickly and easily across the canvas, despite the biting cold, creating an initial simple outline. She glances up and down now and then, to make sure she gets all the references correct. "She wanted two copies of this?" she asks as she works.

Kelliara starts to nod, but seemingly catches herself quickly. "Ah, yes. So she said," she confirms.

Dipping a brush in some paint, Teani begins to add more and more details to the portrait, the edge of the canvas flapping dangerously in the harsh wind. "I'll have to copy it elsewhere, after the original is done," she confesses, pausing a moment to rub her hand against the inside of her warm fur cloak to bring some heat back into it.

Curiously, Kelliara says, "Are your fingers going numb? I do not imagine that will make it easy to paint."

"Only a little," Teani says, brushing it off easily as she continues with her work. More and more of the surrounding landscape is added, and then she starts adding the details, shades and highlights of the coat and the weapon, facial expression and the way the hair is tossled by the wind.

Teani glances up at Kelliara, tilting her head to the side and studying her for a while, then looks back down at the portrait in her lap. She adds a few more strokes with the brush, highlighting a few things, then nods with satisfaction. "I do believe we're finished, Doyen," she says with a smile, wiping the brush on a stained piece of cloth. "Want to have a look?"

The sound of Kelliara's pleased sigh is immediately swept away by the howling wind. Relaxing into a more comfortable stance she hefts her halberd over her shoulders and crosses around behind you to inspect your work closely. "Hrm. I think Xenia will be most pleased with this. Fortunate, too. It may improve her mood some."

Kelliara gives you a peck on the cheek.
Kelliara says to you, "Well done."

Kelliara says to you, "Come, let us head back to Spinesreach before one of us freezes to death. Do you need help with your things?"

Teani puts her things away before pausing long enough to rub her hands together briskly, blowing some hot breath against her cold skin. "Let's hope so," she says, smiling wryly. "I don't want to try again."

Kelliara nods her head at you.

Teani smiles at Kelliara. "So, should we go see your wife about these portraits now then?"

Xenia stalks from the trail leading in to the city, quickly making her way to the two of you. "Wife," she greets Kelliara in a mildly sulking fashion. "Teani."

Grinning mildly, Kelliara says to you, "Look at the face. She could do with something to cheer her up, no?"

Kelliara gives Xenia a peck on the cheek.

Xenia peers from Kelliara to you, "What cheer do the two of you have for me?"

Kelliara motions to you with a movement of her head.

Keeping her hands behind her back, Teani nods sagely. "She sure could." A glint in her eyes betrays her amusement at the reversed roles of the pair. "At least she's more easily turned from that grumpy face to a more cheerful one," she muses, then pulls forth both hands, a painted portrait scroll in each one.

Kelliara wryly says, "We shall see."

"Now, one of these is a bit more simple than the other, seeing as it is a copy," Teani explains, handing over that one first. "The other has a bit more detail in the landscape," she says, delivering the other to Xenia. "I do believe you will be quite pleased with them though."

The presentation of each scroll is more than enough for Xenia's to perk up, all prior gloom all but lost. "Oh...Oh!" the idreth enthuses, stepping closer and reaching to take up one of the parchments. "Let us see just how well you have captured my wife here on paper."

Kelliara says, "I must rest a while."
Kelliara gives Xenia a peck on the cheek.

Xenia gives Kelliara a peck on the cheek.

Kelliara gives you a peck on the cheek.

Xenia says to you, "This is perfect, just what I desired, thank you!"

You say to Kelliara, "I have a gift for you next time."

You tap your nose knowingly.

Kelliara says to Xenia, "Buy the woman a drink. She has earned it."

Xenia asks you, "I shall do exactly that, but I too have to take leave for a short while. Perhaps another time?"

You nod your head emphatically.

You smile at Xenia.

You say, "Glad I could make you smile." 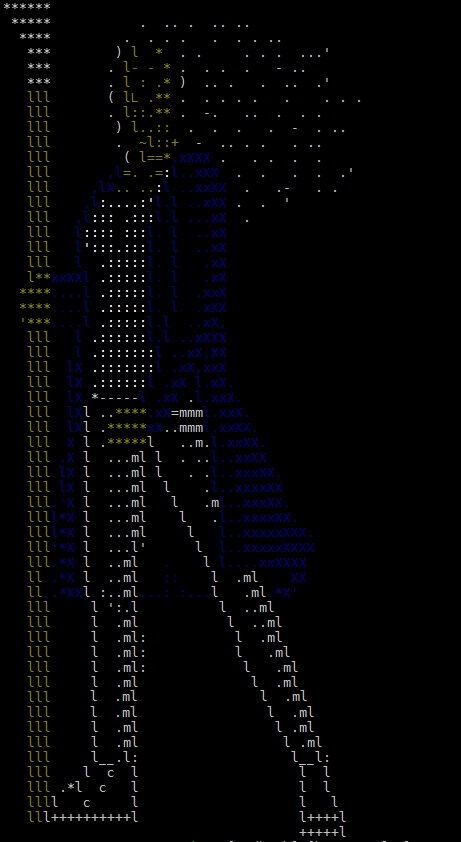