So, after five months of top secret, classified, unpublished and totally on the down-low work in an underground laboratory sixty seven and a half miles beneath the surface of the Earth, Oasis is (almost, maybe kinda-sorta) ready for the light of day. It's still very much in Beta, but is currently better than Serenity ever was, and I've been very pleased with how easy the base code is for me to update to fix bugs and add requested things.

Now, you might be expecting something like a Frequently Asked Questions, but instead I'm going to provide a list of questions I think you should ask.

What is it?
Oasis is a curing system for Aetolia. Mostly, right now, it cures, handles defenses automatically and has an automatic bashing system that's a step up from bashing manually. It has a chat capture and a map display, while the rest of the UI is under development. It's the system I use personally when I play the game. It has a character database that it uses to track player information, as well as things like afflictions for combat.

How must does it cost me?
Nothing; the system itself is completely free. While that's so, I do spend a lot of time on it, so if you feel like throwing credits my way because you've gotten a lot of good use at it, please feel free.

How much does it cost you?
Anywhere between ten-twenty hours a week and $50 a month. The latter is for server fees and server administration fees.

How do I get it?
Go to http://oasis.interimreality.com/downloads/. Right-click (don't click) on the "Download" link for the latest release and Save Target As (or the equivalent in whatever browser you use). Save the resulting xml as oasys.xml. Create a fresh profile. In the package manager, uninstall all of the packages from that profile, and install oasys.xml. Enable GMCP (I also recommend turning echo input off while it's in Beta, it's sending a lot of commands to the MUD right now while I optimize the limiters.). Repeat the 'init' alias until the system loads. If that doesn't work, restart your client twice. The system will now load on startup with no setup required.


Is there any support for it?
No, sir/ma'am! Not while it's in Beta. In Beta, you can expect no documentation and no support. There's a small team of people that have used the system fairly extensively that can answer your questions in the system clan, though. Please message anyone listed as Developer or Expert User on CLANHELP OASYS to be inducted. (Please note that the clan's for system, PK, and general game talk, but there's no tolerance for bullying, gossip, racial/minority slurs or general outright aggressiveness towards other players. I WILL remove anyone who straight up bullies someone (present or no) or drops the f-bomb (no, not THAT f-bomb, the OTHER f-bomb) from the clan. You have been warned.)

Why can't it do X?
Well, first let's make sure it really can't! If it can't, then write it down somewhere. At some point after we're through with the Beta release, I'll open the development platform to the general public, to allow for feature requests and even modifications directly to the source code in the Git diffusion the system lives in.


Can you make it do Y?
I'm open to it! Drop me a message in-game or a PM. If I can't do it right now, please don't be offended. I have enough to do with it to fill a full regular work week right now, with it in Beta. Write it down for feature requests later!

How can I help?
Use the system! My game here is to make the game and PK more accessible to you.

Will it kill people?
Nope! There've been several requests for skeletal offensive capability for you to build your own offense onto, so at some point I'll provide that as part of the basic system. It does have the vast majority of a target affliction tracker built in, minus triggers for a lot of the classes.

Do you still sell offenses?
Nope! I'll be doing commissions here and there for people I trust and love, but that's the extent of my doing business as a coder in Aetolia.

Why are there so many questions here?
Frankly, I got kind of carried away.

Cool! Thanks, Ashmer!
You're welcome!

the way she tells me I'm hers and she is mine

open hand or closed fist would be fine

blood as rare and sweet as cherry wine 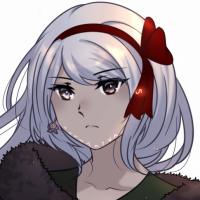