I am being ranty. And maybe some stuff about GMs/CLs.

Moirean Chairmander PortlandMember Posts: 5,612 ✭✭✭✭✭
June 2014 in Idea Box
I am kinda tired and grumpy and don't want to format stuff, so here's a repasted message with a bit more added.

This is probably a bit unorthodox, but I'm wondering if maybe the admin could plan time to have a chat with player leadership. There are a lot of changes in the works with Academies and the new newbie areas, and Slyphe is aiming for the new newbie guild quests. Right now stuff seems really hands off and quiet and, frankly, it's really depressing and dispiriting, since most (or all) of the feedback is just negative stuff. I'd really like to broach the idea of giving things like iron elite to player leaders - the amount of income you guys get from us player leaders is FAR FAR FAR MORE than worth a measly $25 per month - Spinesreach alone produced 1300 credits from the 5% sales from Lleian 416 to Chakros 420 - this is an absurdly high amount of RL money, ~$30k for 2 months. IG feedback for leadership happens never and approval/applause seems to be something Aet has no interest in doing, so perhaps a mechanical option would be good.

If giving out credit/elite rewards isn't something being considered, I highly suggest that communication still be pushed. Simply speaking to admin - especially on a calm, clear, clean channel - makes people feel better. TBH, I'd give CLs/GMs an orgleader channel to contact admin through for city/guild issue.

Beyond that, please, speak to us. Every time my game lags, I worry I have been banned - I was let back in on a very tenuous email and I just constantly twitch and panic. This isn't fun, I hate it. Please, just make stuff fun, I want to make the game fun for others, please make it fun for me and encourage me to keep playing. Atm, literally nothing about CL encourages me to login, save for a very broken, twisted sense of duty. 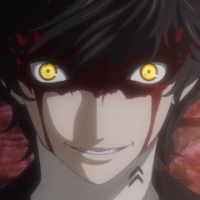