Gold sinks and you

Rhyot BloodlochMember Posts: 636 ✭✭✭✭
August 9 edited August 9 in Idea Box
Captain's Log - Midnight Age Date - 9 Variach 497/9 August 2021: Yet another bi-yearly attempt to bring attention to a lack of gold sinks within Aetolia. Hopes are minimal, changes are fortuitous, and ambitions are high. However, the crew deserves to hear their Captain's thoughts and perhaps Starfleet Command will finally listen to reason this time. Perhaps not, but one can only try.

Something that I still often hear complaints about is how there is literal millions of gold in the game with nothing to really spend it on. Hell, this was seen in the current auctions when items were going for 4M-22M gold. This gold primarily is just swapped from one hand to the other, in a neverending cycle of usage. While this is cool, it does make it feel very lackluster when you have nothing to do with the gold you obtain. Sure, Aetolia is a game and there's never going to be a set amount of currency available in the game (because that would be very, very bad), but that doesn't mean that we can't have more things to spend our hard earned gold on.

There are a dozen ways for players to accrue mass amounts of wealth but as of right now, there's only a few gold sinks (not gold just swapped hands) listed below:
- Purchasing comms/items from village shops/NPCs
- Prize bags (these are absolute unicorns and not even worth mentioning because no one ever buys them because of how bad they are)
- Auctions (on the rare occasion they are hosted)
- Gambling (though you can also win a lot of gold too. So this is 50/50)

While not having gold sinks isn't necessarily a bad thing, it definitely isn't a good thing either. People want to be able to spend their gold on -something- (as seen of the millions of gold spent on the most recent auctions).

So how do we fix this? There's a couple ways of fixing this.

1) Prizebags - For the love of all things that are holy, please unicorns fix these!!! The premise of these are nice, but they could be updated.
a) Change the pull amounts to the following: bronze gets 1 (15k gold), silver gets 3 (50 gold), gold gets 5 (75k gold). This has already been accomplished with varying amounts of success in terms of prizes with stockings and such.
b) Add in a few other relic items like carvings, flairs, etc. Remove the hearts/eyes and throw in iterators and style scrolls. Doing this gives players an opportunity at getting at minimum 8 credits or more if they get some lucky pulls (compendium pages, chocolates, etc).

2) Cryptic chests or "Prosperity Chests"- I understand why Cryptic Chests were removed as a gold purchase, especially as one of the people responsible for causing such extreme measures. However, there is a way to bring them back without having the same situation that was abused to arise.
a) Since Cryptic Chests are ever changing due to their constant use in promotions, create a new form of chest. Let's call them Prosperity Chests.
These Prosperity Chests would have the same functionality as Cryptic chests, but with a much more limited and less expensive, diverse series of prizes. Cryptic chests can get some very hefty credit prizes in the forms of fireworks, general credit prizes, discount tokens, hunting boon tokens, upgrade tokens, various artifacts ranging from stats, to rebirth necklaces, to custom artifacts. Very, very hefty and could result in some very hefty losses for IRE as a whole.
So Rhyot, what would you put into Prosperity Chests?? Well Tiur, I'm glad you asked!!! As stated previously, Prosperity Chests would function very similarly to Cryptics, just with a reduced prize pool. The prize pool could be as follows:
Main prizes:
- Credits (no more than 25 credits on a low probability chance: Cryptics gives about 500 if lucky enough)
- Iron Coins (no more than 5-10 coins: Cryptics have given up to 25? I might be wrong, but this is open for admin views)
- Artifacts (pick from a list of artifacts that are worth no more than 50 credits when purchased normally as on tradein they would be worth 33 credits. This could be hefty over time, but you could have these set as a low probability anyway. That or people find an interesting use for them)
- Minipets/Mounts (ALL minipets/mounts from creation to now. It's a large pool, yes, but oh so fun to play collector. Aetolia even made rankings for them!)
- Chocolates (all 8 types because we rarely get to see the newly made 4 and why not? Could be fun)
- Compendium pages
- Stealth crystals
- Talisman carvings (The talisman is nice and the benefits are paltry, but there is absolutely no way to get environment carvings EXCEPT during very specific promotions. Blasphemy I say!)
- Relic pieces
- Shapeshifter Pelts
- Herbs/Curatives/Commodities
- Torch of the Underhalls (sure, these can be traded in for 5 credits apiece, but they are typically also used too. Receiver's discretion, really)
- Grimstim pills/Bull's eyes/Phoenix hearts

Now, before you argue the whole premise of why Prosperity Chests can't be a thing due to the fact that IRE still has to make a profit, I would agree on the profit part but wouldn't agree that they can't be a thing. Here's why. IRE has adapted to allowing people to get 20 credits a day, which is roughly 600 credits a month ($200). So they're already eating $20,000/month in revenue ($200*100 players), so it's already become an accepted loss. Adding Prosperity chests won't change much for the negative. In fact, this could actually end up working IRE's favor because if you have a full list of minipets, mounts, chocolates, compendium pages, talisman carvings etc available... more people might be inclined to buy credit packages to get said items. At worst, people occasionally get some credits from cheap artifacts to trade in. Hell, more people might buy credits just to sell them for gold for these chances to get previously released minipets/mounts that they were not around for but might want oh-so-dearly.

Additionally, with commodities as difficult as they are to get these days (ice/ash/metals/stone) the Prosperity chests would be a minimal manner of accruing this over time too. At least until Mining and the third Production skill is released.

By all means, I'd be glad to hear everyone else's thoughts. Maybe things will change and we'll get more gold sinks. 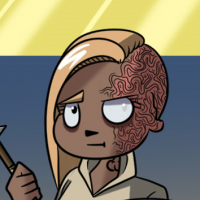 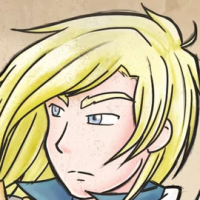 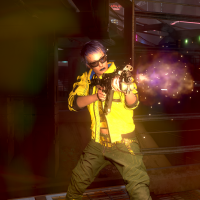