Toz
November 2018 edited November 2018 in Idea Box
Right now, Enorian has 2-3 places that it 'has' to protect (Jaru/Tainhelm/Torston). Bloodloch has 1 that it vaguely cares about (El'Jazira). Spinesreach and Duiran have 0 that can feasibly be attacked. I think that each city should have 2-3 areas that they are supposed to RPly care about, because I don't want to always be on the offensive, but I DO want to be able to just...spontaneously generate some pk, and raiding is Very Bad and admin discouraged by about a thousand buffs from when @Trikal was doing it daily.

So my suggestion is this:
- Mitrine and Ophidians in the main area call for help via a crier once, when attacked, after a 1 minute delay. For example: (Duiran): A winded Mitrine scout says, "H-hey! They're killing us out here!", also echoing to Enorian as they're both allied. Scout goes on cooldown for a RL hour so it doesn't get spammy. Want to pick a yuge side v side fight? Go ping there, see who shows. It's gonna announce once, nothing more, so it can go ignored.

- Protectorate: Allied with a city, it only alerts that city. Want to pick a smaller fight? Go hit one of the guard mobs (or attack someone in front of a 'guard' type mob).

There should definitely be some way to 'hit back' when I go pick a fight, but I should be able to go pick a fight. I don't care about leylines, and the orrery is tedious because it requires long, long investment.

Also these protectorates should definitely not be ENFORCED defense, if you can't muster the crew for it. I'd rather have 2 people from Enorian show up to rumble in Tainhelm than 8 people sad at me in Discord later because they had to.

EDIT: Also put some fog of war in so nobody has to lose xp messing around in there, but only for pk death? 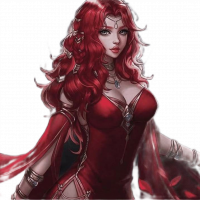