Phoenecia The Merchant of EsterportSomewhere in AtticaMember Posts: 751 ✭✭✭✭✭
March 2019 edited March 2019 in OOC Chat
I've thought about making one of these for a while, but held off until I had everything finalized and taken care of. Now that it has, I didn't want to leave anyone hanging or wondering where I had gone.

I love Aetolia. I love its RP environment, I love the lore, I've loved roleplaying with people here. I've had a lot of fun here. But in the past month or so, that fun has taken a sharp decline, and a bunch of things just sort of piled up and slowly killed my interest. I've not been as eager to interact with people, RPing with people doesn't bring me the same level of joy it used to, and everything feels like a chore. Whenever I log onto Phoe, I often find myself idling - I feel stuck.

So rather than sit around spending my days wondering 'What am I doing here?', I've decided to walk away, at least for a little while until I feel unstuck. I haven't the heart to retire, so I'll probably be back.

I had planned on sticking around until the end of the Chaos War, but didn't want to keep logging into a game just to idle.

I'll still do art commissions if people ask me, and I'll still be hanging around on Discord (Phoe#2454 in case anyone comes looking).

I had a lot of fun RPing at a bunch of you, and hopefully I'll still have stuff to come back to. I'll miss you guys lots. 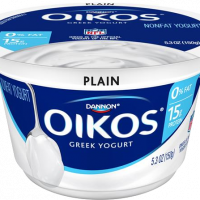