The following is news from IRE!

Iron Realms will be releasing our newest game, Starmourn next week. We'd just like to take this chance to remind everyone that you will not be able to use retirement credits on Starmourn for the first THREE months.

Please do not retire your character on accident!

The reason we?re instituting a delay is that we really don?t want people retiring their characters on day 1, playing Starmourn, and then regretting their decision. It?s not that we don't think Starmourn will be awesome, but it?ll be the cool new toy, and some people will dig themselves a hole and regret it. We also can?t allow people to back out of retirement because then what we?ll see is a flood of people leaving in order to try out Starmourn, many with no intention of doing anything but playing around and then returning to their previous game. That?s disruptive to both the existing games and Starmourn. 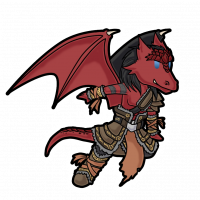