Tiur ProducerMember, Administrator, Immortal Posts: 991 admin
March 2018 in Harpy's Head Tavern
So, let's make some lemonade, and I'll explain why the admin responded how we did, and also spike said lemonade as I present to you the quandry that I too often find myself in.

Let's start with things from above as I see it.

The Syssin specifically avoided stealing gold or credits. Both would have been harder, but both are egregious. Their response to the curses was not a complaint to the admin, it was a literal statement of "Oh heck, no skills. We're going to have to RP our way out of this." The game itself has no rule against robbing a city in this manner, in other IRE games it is far more normal. It is only by virtue of Aetolia's community standards being so high that we're even having the discussion, as opposed to just watching PK. However, their stated goal was met: Enorian's belief in redemption has been kicked in the pants.

Enorian played to their stated goal of being about Redemption. They were trusting, perhaps too much so, but they followed what they're supposed to be about. Mistakes were made.

We lack a conflict system that can handle the war that could come from this. We have no means by which for Enorian players to force the return of their goods. I felt that this was reason for the solution to be Admin oriented. I WILL ACCEPT CRITICISM FOR THIS, of course! We started with the most obvious solution; Enorian is a city devoted to their Divine, so let's let that be the first line. Curses were issued in terrifying manners. The consequences were... unexpectedly large. We actually stealth-added a change that curses do not reduce skills below Adept, but the damage was done. Anyway, curses that big and 'scary' were a group discussion and decision.

Side topic here: Those level of curses on an org generally need Paid Staff approval, and they always have caveats. No rogue God will take away an org's skills for an extended period of time without that, it'd be bad business, frankly. A 100 day anything doesn't exist without one of us Producers or A.Producers standing there. In fact, a 100-day skill nerf WOULDN'T happen. It's just a number used for effect. At that point we might as well be banning people, or shrubbing.

With this, we thought we had set the stage to a point of fair conflict. An action without mechanical recourse was performed (orgtheft), the punishment was an act without mechanical recourse (curses). Note that the pressure for administrative response was large, but this was as far as we were going until some RP hit. We decided on some soft time limits, to keep this reasonable: I was not removing a player's ability to play the game for more than 24 hours, and we needed Enorian back on its feet within 48. We're a game, and games need to be PLAYED.

But all that needed responses that were larger. Aussie players needed a chance to chime in. Spinesreach' leader wasn't even online!

We didn't get there. The Syssin felt their point was made, and the curses were massive, commodities were given back.

There's how I viewed it and what we did. Now, as to the spike for our lemonade... Please forgive my bluntness here.

Syssin didn't break any rules. They went out of their way not to. What they did was break community standards and hurt players. In any IRE other than Aetolia, that's just Tuesday. It's something that happens often enough that groans would be the response. Of course, those games have recourses we lack.

I set some rules for myself when I took the job: I want to be fair, and I want to look at the game from as many perspectives as possible, not just my own. (My perspective is that I hate theft, and I think it adds nothing. Very little in the game is truly YOURS, and theft is the one thing that can take that away. It doesn't 'encourage conflict', it just takes from those hit. But that's just my PoV, I don't want to invalidate how others play the game.)

Being fair, Syssin didn't do anything to warrant true Admin response (IE: Tiur/Raz/Keroc response). IC god response was as far as we should go, along with RP to try to show that we stood with community standards. But I, Tiur, am not going to shrub someone. I feel a true dilemma: The Syssin have been short changed, they received very little beyond morale victories for a GREAT deal of IC work. Everyone else has been devastated, essentially punished for being accepting and nice as a community. A judgement for either direction feels wrong for punishing the other direction. As many, many have told me in the last 24 hours, I don't envy my position.

Of course, I have players quitting. People I value are devastated. I want to do something. So there's my constant quandry: I do not want to punish when no rules were broken, but I very much want to deal with people for giving me a headache and making the game less fun as a whole.

I'm interested in your opinions. There are questions raised by this sort of thing that really pushes the role of Producer. Perhaps I should make a sort of mission statement, so you know the type of experience I'd prefer to curate?

NOTE: Debate is fine, no attacks. And I know I say this often, but it doesn't sink in: I am not, nor ever will be, an arbiter in things outside Aetolia or this forum. I cannot take into account what happens OOCly. No amount of logs, screenshots, etc can really change this, it's just not what my role is. If I was there, sure... but anyone sneaky knows better than to let me in chats about breaking the rules.

--------------------
PS. The title is a reference to the Prisoner's Dilemma, in which you use statistics and game theory to show that mathematically, the best choice is to always be an unicorns. However, human systems find ways to be nice and work out ways that are mutually semi-beneficial. Unexpectedly so, since math says "Be a jerk". 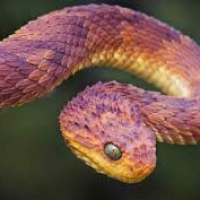