Tales from the normos: The NPC's perspective

Axius where I amMember Posts: 258 ✭✭✭
August 2017 edited August 2017 in Harpy's Head Tavern
While doing my own thing, waiting for something, I decided to walk around Moghedu and collect rocks for inks. and the fact I went into people's HOMES for ink-stones, it got me thinking.. what do the NPC's think when we do something excessively unusual (to a normal person's mind) because they might not know the REASON for our actions?

This thread is a place where we can put stories written from a "what-if" scenario of an NPC's perspective on something that seems normal to us players, but if you take a step back, is actually kinda weird.

Note: I do mean to treat a lot of adventurer type stuff as if it's not exactly 100% common knowledge, because I'm pretty sure there are some things adventurers can do or know how to do, but maybe the average joe mc NPC-face might not know, understand, or even be aware of the purposes of it. You are also allowed to make up false names for your NPCs, because there might not be NPCs with names in the places you're doing the weird thing in, but there would justifiably -be- NPCs there for X or Y reason.

Title: Why -that- stone?

As Cazventesh sweeps the floor of the cave in Moghedu that she has made her home in, a strange weirdo Chiav guy walks in. She responds by immediately noticing the fact that his personage kind of gives away his adventurer status, she offers him a smile that he clearly doesn't notice before going back to her sweeping, though she keeps an eye on him out of the corner of her eyes, noting the slime dripping from his frame onto her freshly cleaned floors.

She takes a moment to mentally sigh and think, "This unicorns doesn't realize how hard it is to clean and how much worrrr-what the heck is he doing?" Her thoughts interrupted as he bends down in a corner and just seems to nudge a few rocks she swept to the side to deal with later around before picking just one from the pile seemingly at random, looking to her husband who also saw this as the Chiav adventurer exits, whistling a tune as she sees several other rock in his other hand as he goes on with his day.

"Did that just happen? What the heck DID just happen?" Cazventesh asks her husband as she walks over to the pile, looking over the rocks and trying to figure out why he picked -that- rock. Her husband shrugs and says, " I dunno honey.. Why would he want -that- rock? Was it special or something?" Cazventesh shakes her head saying, "Not to my knowledge.. just another rock kicked in by the guards patrolling, as usual.." Her husband also walks over, looking over the pile of rocks and says, "...why would he come into our home and just take -that one rock-?... I mean..aren't adventurers usually greedy jerks who only do stuff for the sake of either money or posturing?" Cazventesh shrugs and says, "Dejaani knows more than I do of the logic behind only wanting that -one- rock..heck..if he wanted, he could've taken the whole pile.."

Cazventesh's husband shakes his head slowly saying, "Do we really need any proof that adventurers are weird though? I mean.. add it to the list..at least he didn't come in to try and stab us, or throw lightning or shadows, or try to yell numbers in our direction like that one kid used to do." Cazventesh nods softly to herself and say, "Agreed.. though I'm not gonna lie, it's gonna bug me for a while until I figure out -why- he wanted just that -one- rock.." 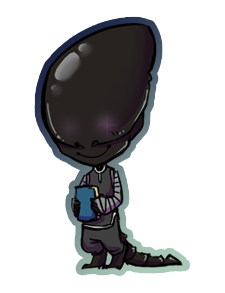 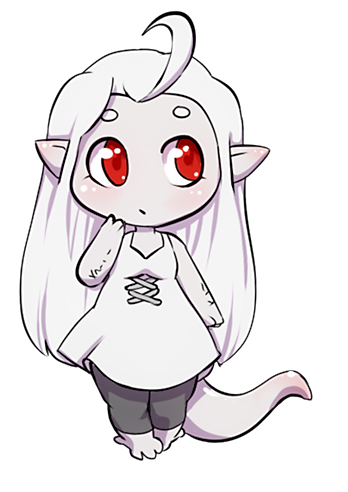