Antehe ImmortalMember Posts: 476 Immortal
May 2016 edited May 2016 in Town Crier
In lieu of the new system with Announce #2545, I'm opening this thread for both input as well as a place for you, the community, to supply any material you feel should be included (or if you just want to help out!).

If you wish to help, please post the following information: 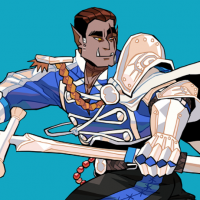