The next round of classleads is being skipped as we switch to a 6-month format, with the first round starting in January. During this time we will also be considering other options available to us. Regardless, I'll be handling decisions a bit differently, as I'm a lot more data driven. Closer to classleads there will be a post made outlining the changes in requirements. Expect to require numbers to explain your point!

As Keroc mentioned, Nalus is now the primary contact for any of your combat concerns. We'll be taking a zero tolerance approach regarding vitriolic or otherwise inflammatory messages, so please take time to consider how best to air your concerns before you message them. 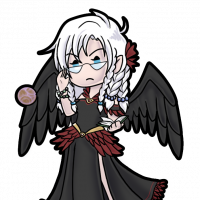